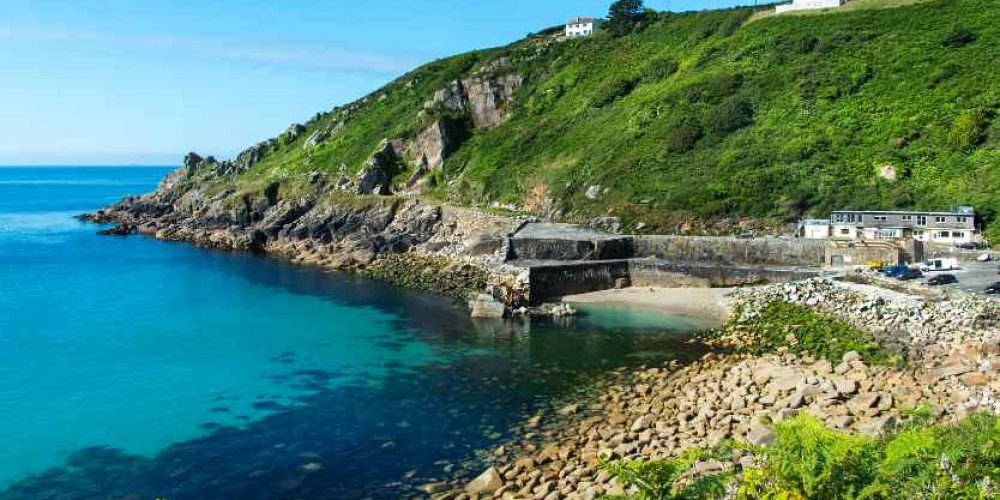 At low tide some sand is revealed and the sheltered cove makes swimming easy and enjoyable. Lamorna Cove is very pretty and there are some good views from the cliff tops, where the South West Coastal Path winds it’s way around each secluded cove and headland until reaching Porthcurno to the west or Mousehole to the east.

Luxury accommodation near to Lamorna Cove Beach includes The Langley Tarne and Harbour Lights which are located at nearby Mousehole.